Join us on Saturday, May 16th at the Ride/Stride to Recharge to experience the awesomeness that is pedal-power at work in three different ways:

First, Ride participants will be cycling on the Lakefront Trail. This is the most traditional type of pedal-power you’ll see at the Ride/Stride. Get on your bike, start pedaling, and you’re going places. According to the Active Transportation Alliance, Chicago’s Lakefront Trail is the busiest trail in the United States, with peak daily usage reaching 30,000 people at key points.

Second, at the celebration (after returning from the bike ride or walk), participants will pedal the Blender Bike to make smoothies – the energy of pedaling is transferred to the blades in the blender to make delicious and healthy concoctions. 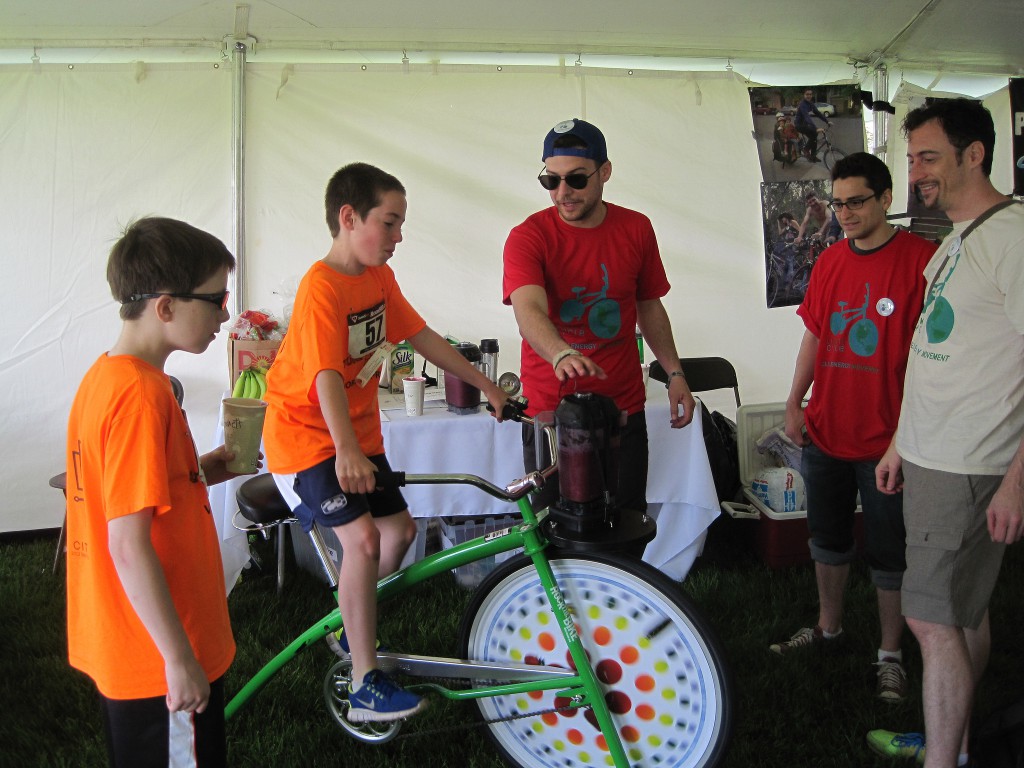 At its base, pedal-power is energy. Above, we’ve briefly described three ways in which that energy can be harnessed in real time. There is a fourth way (which won’t be on display) that Climate Cycle works with pedal-power, through our pedal-powered classroom projects – in these projects, students pedal a bike to produce electricity to be used later. In other words, their energy is stored in a battery! Later that stored energy can be accessed by plugging a laptop, overhead projector, or other device, into the battery. Awesome!